At First Baptist Church in Williamson we believe it is important to take firm stands in doctrine and teaching. Below is a list of doctrinal standards we believe are essential to any true church.

We believe in one God who exists in three equally divine persons: The Father, the Son, and the Holy Spirit. The one true God is perfect in love and in holiness. He is the creator of all things, is perfect in wisdom, is immortal and eternal, sustains all things, is sovereign over all things, and providentially brings about the redemption of his elect to the praise of his glorious grace.

We believe that when Adam sinned he plunged all of his descendants into sin with him. As a result, humanity is in rebellion towards God in every way and under a curse having no hope of escaping condemnation apart from a Savior provided by God. The greatest need of every person is to be reconciled to God.

We believe that from the foundation of the world God has determined to save a great number of people from every tribe, tongue, and nation to the praise of his glorious grace. We believe that he foreknew them and chose them and that he justifies them and sanctifies them through the Lord Jesus Christ who is their redeemer.

We are committed to teaching the gospel of our Lord and Savior Jesus Christ which is the power of God unto salvation for all that believe. We believe there is only one true gospel which is centered on the cross and resurrection of Jesus. We believe that Christ has died for our sin and has been raised for our justification. We believe that all persons that repent of their sins and believe in Christ shall be saved. If Christ has not been proclaimed then the gospel has not been preached.

We believe the Holy Spirit is coequal with the Father and the Son. We believe that he works through the preaching of the Scriptures to convict the elect of their sin and bring them to repentance. We believe he regenerates sinners, seals believers, sanctifies God’s people, and by his power we shall be raised up in the last day.

We believe the people of God are called to regularly assemble for common worship. The meeting time is the first day of the week as was practiced by the early church. We believe that believers ought to contribute to the general fund of the church which is to be used for the preaching of the gospel both at home and abroad through missions. The amount of such monetary gifts is to be between them and the Lord as we believe certain set amounts are not prescribed by the New Testament.

We believe that there are two sacraments given to the church by the Lord Jesus. These are baptism and the Lord’s Supper. Baptism is not regenerative but we believe it is most properly administered by the immersion of a professing believer. This practice is about what Christ has done in the individual and not what they are doing for Christ. We believe the Supper is to be taken by professing and baptized believers in Christ with full repentance. 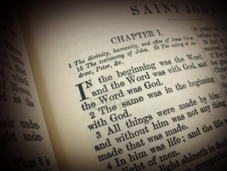 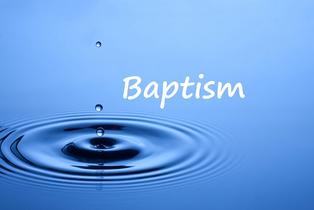